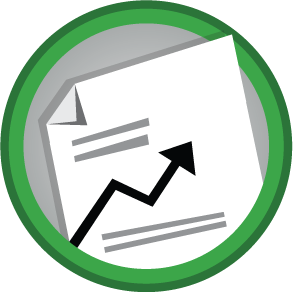 Inflation: how much less a dollar is worth next year compared to today. Most consumers hate inflation – it erodes your savings, and eats away at the real benefits you get from increasing income. However, inflation plays a necessary role in the economy, and without it much of the economy would quickly fall apart.

“Inflation” means that the general prices of goods and services goes up from one year to another. A bottle of Coke might go from $1.00 to $1.05, or a loaf of bread might go up by a few pennies per year. This means that if a person has a fixed income, their actual buying power gets reduced as inflation goes up.

Inflation is a normal part of the economy, resulting in the tens of thousands of companies all modifying their prices throughout the year.

The Consumer Price Index is the most basic way to measure inflation. Economists pick a set “basket” of goods, and simply compare their prices between years. For example, the CPI can include milk, eggs, bread, televisions, computer monitors, compact cars, circular saws, and hundreds of other products. The “basket” will have one of each item.

The key of the CPI is that the “basket” does not change, so researchers are always comparing the prices “apples to apples”. The CPI is simply the average percentage change of all items in the basket.

CPI is the most widely-used measure of inflation, mostly because it is the most transparent. This means that the CPI calculation is easy to understand, and easy to verify. Many government programs are tied to CPI – for example, Social Security benefits increase automatically every year based on CPI to ensure retirement benefits are not eroded by inflation.

One problem with the base CPI measurement is that the types of products people consume will vary widely across the economy, meaning a single CPI figure is not a very good match for anyone. People living down-town in a major city consume different products (from different providers) than people living in farming communities.

To try to fix this problem, there are numerous sub-types of CPI calculations. For example, “Consumer Price Index for Urban Wage Earners and Clerical Workers (or CPI-W) uses a basket of goods more likely to be consumed by office workers in cities and suburbs (the CPI-W is the calculation actually used for Social Security benefits).

The biggest disadvantage of using a pure CPI calculation is also its strong point – the basket does not change. This means technology goods, like VCRs, end up staying in the “basket” for years, or decades, after they are no longer regularly consumed. This can make the overall CPI figure less reliable. Economists created another sub-type of CPI called the “Chained Consumer Price Index” to try to address this as well – the Chained CPI also considers the prices of substitutes that people switch to from the main basket (so if the price of Beef goes up but the price of Chicken goes down, some people will switch to Chicken, affecting the chained CPI measurement). This is less-than-perfect as well, since it is a less transparent calculation, and results in a lower inflation estimate.

The GDP Deflator is another measurement of inflation, which abandons the “basket” concept entirely. The GDP Deflator instead tries to use ALL goods and services produced in the economy as its basket, and uses it as a ratio of prices between years.

To calculate the GDP Deflator between 2010 and 2015, for example, economists first look at the average price and total quantity of all goods produced in 2010 and 2015. This would give the “Nominal” GDP of each year.

The actual GDP Deflator number is the ratio of Nominal GDP to Real GDP in 2015:

Advantages of the GDP Deflator

The GDP deflator is very useful because it compares the entire economy against a previous year. This means not only is change in prices reflected, but changes in quantities are reflected too. This means that changing spending habits is reflected in the GDP deflator, making it a very accurate measurement of the inflation “felt” by the average consumer.

This accuracy is why economists usually use the GDP Deflator, and not the CPI, when conducting economic research.

Disadvantages of the GDP Deflator

The biggest disadvantage of the GDP Deflator is that it is very hard to calculate. Instead of having a basket of a few hundred specific products like CPI, the GDP deflator needs price AND quantity data from thousands of different products every year.

A more practical drawback is that the GDP Deflator will almost always be lower than CPI. This is because it reflects substitutes in consumption – if the price of beef goes way up and people switch to chicken, CPI will simply look at the average increase, but the GDP Deflator takes into consideration that fewer people are now buying beef relative to chicken. This makes the GDP Deflator very unpopular for calculating things like Social Security benefits – switching from a CPI to a GDP Deflator calculation would mean benefits do not increase as much per year.

Inflation’s Impact on the Economy

This is why everyone hates inflation – if prices go up every year, savings are worth less. This also applies to loans like mortgages – if wages increase every year, mortgage payments take up a smaller and smaller percentage of your total budget.

Inflation is also responsible for promoting growth in the economy. Part of this is due to Eroding Interest, but part is due to the nature of long-term growth of both the economy and the money supply.

Inflation means you can buy more with a dollar today than the same dollar tomorrow. This encourages people to either spend or invest their money.

Spending gives the benefit of more consumption (or buying durable goods means long-term benefits) to the consumer, but it also means more total economic activity for businesses. The more people can spend, the more goods are produced, more people employed at higher wages, and more business can be created.

Inflation also encourages investment. If an individual does not want to consume their money today, they are still interested in using it to earn a higher return than the inflation rate. This encourages investment in stocks and bonds, which in turn helps fund new companies and businesses.

This works when inflation is fairly low – less than 10% per year. If inflation starts to rise higher, wages struggle to keep up with prices, causing people’s real earnings to decrease. Extreme cases of run-away inflation are called “Hyperinflation” – in this case, there is serious fear of money losing its value in very short amounts of time, causing most people to pull all of their money out of investments and try to convert it into durable goods. This will cause an economy to crash – recessions caused by hyperinflation are very difficult to recover from.

If inflation is negative, meaning average prices go down between years, it is known as “Deflation”. Deflation reverses both of the positive effects of inflation: if a dollar is worth more tomorrow than it is today, people will instead hoard their cash instead of spending or investing it. This pulls money out of the economy, and reduces the total amount of economic activity.

If the economy looks like it is heading for deflation, the Federal Reserve will lower interest rates to encourage more borrowing and spending to prevent a recession.

Money is created when people take loans out from banks, either to make big purchases (like buying a home) or to start/expand a business. These loans inject new money into the economy, meaning the total money supply increases with each new loan.

In practice, not all loans are paid back – some businesses fail, some people default on their mortgage, and some loans simply do not generate the growth that the borrower was hoping for. Every time a loan is not paid back, it means that money is left circulating in the economy without being pulled back out. This means that the money supply usually grows a little bit faster than GDP, causing long-term inflation.

The economy is like a balloon – some inflation is needed to keep it afloat, but too much can make it pop

Hyperinflation is the extreme case of this – more and more money gets injected into the economy, much faster than it can be paid back. Hyperinflation becomes a self-fulfilling prophecy: if borrowers expect inflation to be very high, they will continue to borrow at very high interest rates, because their “real interest rate” will still be low. This means money is pushed into the economy much faster than it is taken out, pushing up prices very quickly.

Short-Term deflation happens in the opposite case – not enough people and businesses take out new loans. If more loans are being paid back than new loans taken out, money is being removed from the economy, causing deflation. This is why the Federal Reserve lowers interest rates to promote economic growth – lower interest rates encourage more people to borrow, which in turn encourages more economic activity and growth.