Volatility Could Come Back in the Tech Sector 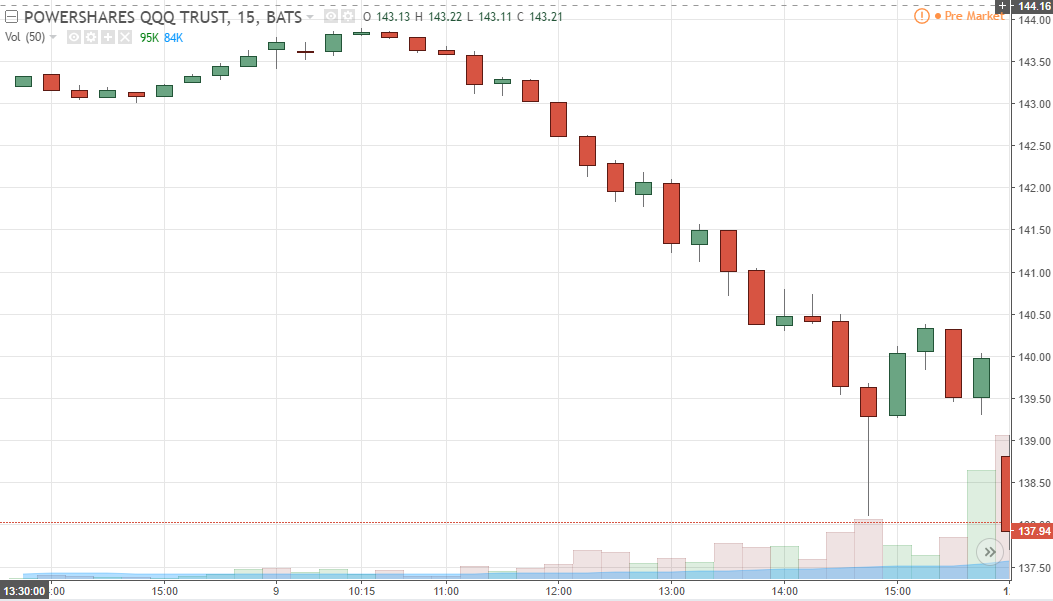 There’s been a lot going on in the technology sector lately, with the NVIDIA Corporation (NASDAQ: NVDA) sell off and the selloff in late June after Alphabet Inc Class A (NASDAQ: GOOGL) got hit with a $2.7B fine, which pushed the stock down over 2% after the announcement.

Now, in early June, the tech sector fell significantly, with Apple Inc (NASDAQ: AAPL), the world’s largest company by market capitalization, leading the selloff. Apple had its worst plummet in around 14 months, and investors were concerned that the rally in the tech sector might be over. However, traders were loving this volatility, as it provided some opportunities that they could have potentially profited off of.

According to Wedbush Securities San Francisco Senior Vice President Stephen Massocca, “All you need is a spark. Everything has gotten pretty expensive, multiples are very high. It doesn’t take much to get a decline started.”

One of the most talked about stocks that day was NVDA, after Citron Research’s Andrew Left tweeted about the chip maker. Here’s what Citron Research tweeted, “$NVDA become a casino stock. Will trade back to $130 before $180 If you think no comp READ Google whitepaper http://Citronresearch.com.”

According to trader Jason Bond, “Citron Research has been moving stocks with its tweets and research, after their famous short call on Valeant Pharmaceuticals. When they tweet, it’s a catalyst event, and it’s uncovered some potential trading opportunities in those names.”

Take a look at the chart below of QQQ.

The selloff in early June may have been sparked by comments made by Citron Research, which trickled down to other tech names.

A few weeks later, as stated earlier, Google got hit with a $2.7B fine, and the stock started selling off. Thereafter, this led some other tech stocks to sell off, and the Nasdaq-100 ETF ended the day down over 1.5%.

Here’s how the PowerShares QQQ Trust, Series 1 ETF (NASDAQ: 100) traded in the start of the last week of June. 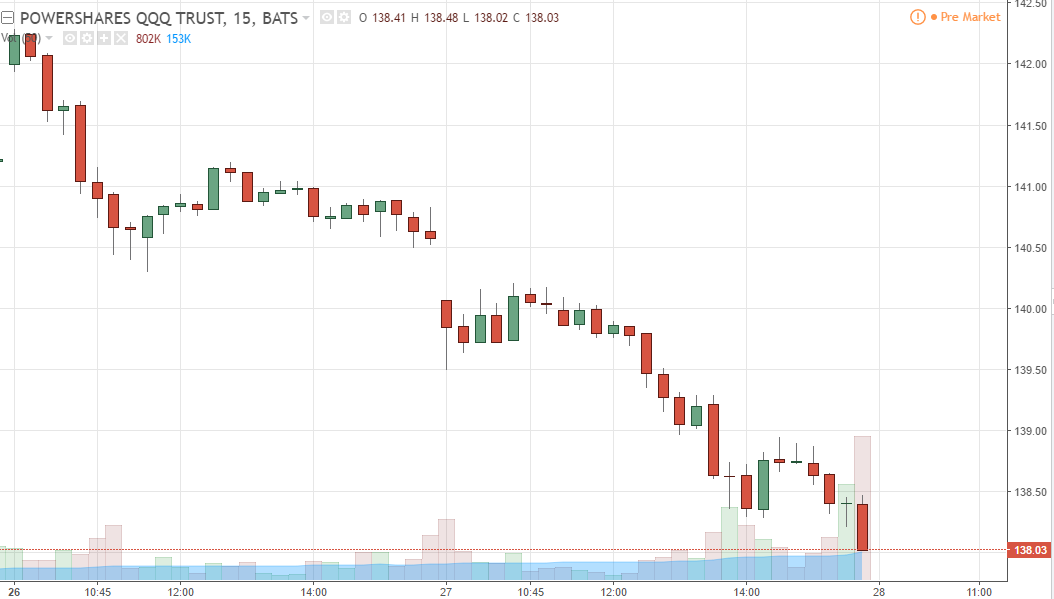 For investors and traders who are still long technology stocks, but want to hedge some risk, they could potentially use gold to diversify their holdings.

Gold As A Hedge

Historically, we’ve seen precious metals rise when the market is selling off. The primary reason for this is due to the market’s view of gold and silver as potential safe havens. That in mind, if the technology sector continues to experience volatility, some investors and traders might want to look to gold as a hedge. However, those who don’t want to hold physical gold could use exchange-traded funds that provide exposure to gold.

That in mind, some investors would want to look to an ETF like GDX and the SPDR Gold Shares (NYSEARCA: GLD) to potentially hedge against another sell off in the tech sector.

Volatility could come back into the technology sector, which could ultimately affect the overall market. We’ve seen NVDA fall significantly, after Citron Research tweeted about the name. Additionally, we saw the European Union slap Alphabet Inc with a $2.7B fine, causing the stock to selloff, which trickled down to some other technology names. That in mind, those who are still long tech stocks might want to consider hedging their portfolios.