Previous: Everything You Need to Know About Trading CFDs
Next: 3 popular strategies of trading on Markets Cube
Advanced, Guest Posts

Living Better with Less: How to Manage Your Finances 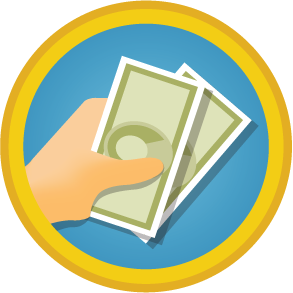 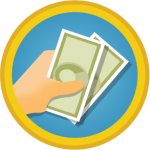 It has often been said that debt is one of the ugliest four letter words on the planet. Truth be told, the biggest empires have been built on debt-fueled financing. All big-ticket purchases require credit approval. These expense items include things like homes, college education, vehicles, exotic vacations, et al. Without loan approval, none of these things is possible for the typical US household. The problem is not so much debt; it’s one’s ability to meet these financial commitments.

There is a particularly uplifting story from a gentleman by the name of Mr. Jim Davies. He was in debt to the tune of $400,000 +, and he managed to repay it within two years. According to leading debt management website, DebtConsolidation.com, Jim Davies paid off $400,000 within 21 months. Many folks complain about debt burdens of $5,000, but for Jim Davies his debt burden amounted to 80 times that. For most middle income families, that is the equivalent of an entire mortgage that gets paid off within two years. But it’s the way Mr. Davies went about his debt repayment that is astounding. His is a story that has inspired many US households, and for good reason.

What Mr. Davies did was genius. He was determined to repay his debt as quickly as possible, and it began with a budget. Not just any budget – a strict budget. He also carefully considered his personal loan options. Since student loans were a big part of his overall debt burden, he tackled that with gusto. The game plan can work for anyone, since all of us are saddled with debt of one kind or another. Statistics indicate that 65% of Americans have a mortgage debt, 50% have credit card debt, 32% have automobile loan debt, 25% have student loan debt, and 21% have medical loan-related debt.

Collectively, it’s easy to see how good debt and bad debt gets lumped together into a mountain of repayments. For Jim Davies, the game plan was simple: get qualified as a specialist medical doctor and pay down the debt as quickly as possible. His advanced education was to take 14 years (school and training) with 5 years of undergrad studies, 5 years of medical school, and 4 years of residency.

So how did he get into such debt to begin with? The cost of tertiary education in the United States is extremely high. Besides student loan debt, he used credit cards to support him while he was studying. His debt/income ratio was 138%, and he owed $300,000 in student loans consider that the average interest rate on these types of loans was around 6.8%. The annual percentage rate on his credit card was hovering around 16%, and interest rates for his credit card repayments amounted to $1,300 per month. The monthly minimum payments amounted to $4,000, and at that rate it would take 2 decades to repay this debt.

For starters, he had a decent credit score, and when he finished medical school, his base salary was $250,000 a year, which amounted to $175,000 per year after taxes. He was also married, and his wife was making $40,000 a year. Instead of paying rent while he was a student, he had a condo that was purchased for him for a price of $200,000. It had appreciated to $300,000 by the time he finished medical school. He sacrificed everything, except the bare necessities to repay his debt. He stopped making big purchases, and he bargain shopped everywhere he went. There were no vacations for a while, and he and his wife lived off her salary while they were aggressively paying off the debt.

He managed to find an online lender to help refinance the student loans at no extra charge, and he chose a no-penalty repayment loan with a variable interest rate which was lower than the prevailing interest rate. It worked in his favor. The story of Jim Davies could be the story of anyone with enough financial sense to attack debt on every level. The problem with debt is that many people continue living the same lifestyle even while they are heavily indebted. The only way to avoid excessive debt is to make lifestyle changes and sacrifices.