How To Use FX Derivatives To Hedge Your Currency Risk 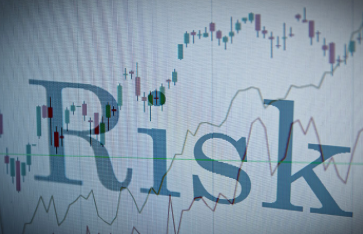 In the last six months we have witnessed strong volatility in the global currency markets. Emerging markets currencies weakened aggressively against the U.S. dollar, which has strengthened substantially leading up to the Federal Reserve’s U.S. benchmark interest rate hike in December of last year. Volatility in the currency markets is not just an issue for governments and investors, but also for companies involved in international business. 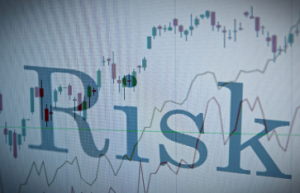 If you are a business that has operations outside of your country’ borders you will inevitably have to deal with currency risk. Currency risk, also known as foreign exchange risk, refers to the risk of a potential loss stemming from exposure to fluctuations in currency exchange rates. For example, if you are a U.S. based company and you have revenue-generating operations in the United Kingdom you will generate revenue in British pounds that will need to be transferred back into dollars. If, for example, your revenue in Q1 from your company’s U.K. business was GBP 10 million, but the pound weakened 5% against the dollar in Q1, then your actual revenue will be worth 5% less, as soon as you exchange it back into dollars at the end of Q1. Hence, it is so important to implement an adequate currency risk hedging strategy, using financial derivatives, when you have operations overseas. Having said that, it is not always easy to use the full range of possible hedging tools. Retail clients and SME’s, for example, have limited access to these options via banks. However, they have the option to use commercial FX services instead. Banks, on the other hand, tend to only provide currency-hedging solutions to large multinational corporations. A cfd online trading brokerage firm can provide access to all major world markets with FX trading solutions best suited to your needs irrespective of whether you run a freelance business, SME, or large corporation. 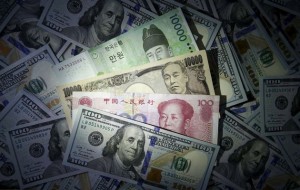 There are several possible financial derivatives used in the currency market that can help corporations, SME’s and retail clients hedge their foreign currency exposure. The most commonly used derivatives in this space are so-called FX forwards. An FX forward contract is an agreement between two parties to buy or sell an amount of a foreign currency at a specific price for settlement at a predetermined future date. Using FX forwards you can ‘lock in’ the exchange rate at which you will exchange your money at the date you are required to transfer it into another currency. This hedges you entirely against currency fluctuations. However, it does not let you benefit from a beneficial move in the foreign currency that you are generating revenue in. This is the only downside of using FX forwards as your currency-hedging tool of choice.

An alternative to FX forwards would be the use of FX options to hedge your currency exposure. Through purchasing a FX option you have the right but not the obligation to exchange an amount of money denominated in one currency into another currency at a pre-determined exchange rate on a specific date. The benefit using FX options over FX forwards is that if the foreign currency strengthens, you can still benefit fully from this move (minus the premium for the FX option), as you do not have the obligation to exercise the option. So, if you know that if the foreign currency hits a certain level your foreign business will lose revenue, you can purchase a FX option with a strike at that level. You can exercise the option once that level has been reached to hedge out your currency exposure in that currency.

A third way if how you could hedge your currency risk is by using so-called participating forwards. Participating forwards provide a guaranteed FX rate for your currency exposure, while still allowing you to benefit from beneficial exchange rate moves on a predetermined portion of your FX exposure. For example, if you need to exchange GBP 1 million in three months time into U.S. dollars, you could enter into a participating forward contract that allows you to exchange the full amount at GBUSD 1.40 and agree a participation rate of 50%. Should the currency strengthen, however, to say 1.50, then the participation forward will allow you to exchange GBP 500,000 at 1.40 and the remaining GBP 500,000 at the prevailing spot rate of 1.50. This is an excellent way to hedge currency risk exposure as you are not required to pay a premium for this derivative transaction.