Previous: Are Forex trades drawing more interest than the stock market?
Next: How to build a $1,500 Financial Literacy Lab at your school
Guest Posts, Websites

How to prevent frozen bank accounts 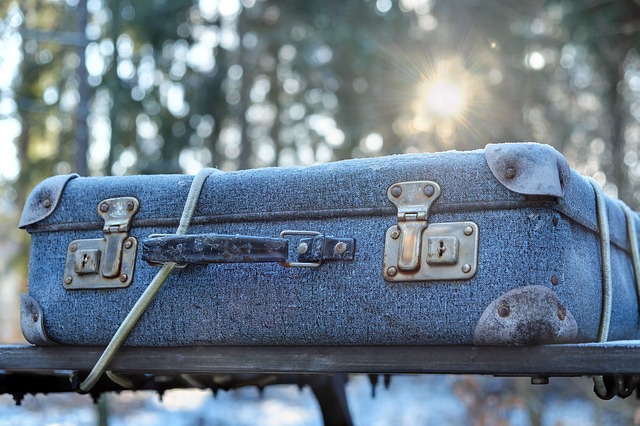 People get their bank accounts frozen for a variety of reasons. The most common misconception is that bank accounts are frozen only when a debt collector is legally empowered to levy a person’s finances or when that person has reached their credit limit. Yet the most likely scenario is that your account was frozen for the purpose of your protection. Just think of the fact that credit card fraud and identity theft have incurred over $8 billion in losses in the U.S., every year, for the past three years. Consequently, there is currently a trend in banking that can only be described as being too careful.

One of the first measures that credit card companies took in their attempt to improve internal security was to ensure that their employees had a safe and secure gateway to the Internet by means of a Virtual Private Network. In fact, VPN services have become increasingly affordable, which means that you, too, can easily access banking-level security. There are specialized websites where you can read VPN reviews, as well as of other similar software that guarantees you’re browsing the web securely.

Who or what decides if a transaction is suspicious

Many people have has their bank accounts frozen due to suspicious activity, albeit nothing serious actually took place. These situations can be particularly frustrating, especially when you’re overseas and there’s no other way to make a purchase. Just imagine that you try to pay for a meal at a restaurant or for your hotel room after an uncomfortable 8-hour trip and you suddenly find yourself unable to spend any money. If you want to be spared such unpleasant circumstances, you need to first find out what it is that looks like a red flag to your bank or credit card company, and try to avoid triggering it.

In an effort to reduce the immense losses from credit fraud or identity theft, banking organizations have developed security protocols that can help them keep track of financial activities. One of these procedures involves monitoring and signalling suspicious transactions. The problem is that banks have millions of accounts handling billions in various currencies. To effectively monitor each and every one of the hundreds of thousands of transactions that happen every day is impossible, so financial organizations have developed specialized, security software that can identify suspicious transactions.

Perhaps the most frustrating trigger for suspicious transactions is shopping somewhere you’ve never been before. Identity risk managers point out that, while bank authorities won’t go on record about such events, security applications can flag as a suspicious transaction something as commonplace as using your credit card in a new shop. Making several purchases in a short amount of time or very small purchases followed by significant ones were also shown to sometimes trigger red flags.

Although frozen bank accounts as a result of these shopping habits are increasingly uncommon, they still happen with certain cards. Picture, for instance, that you buy a candy bar and in the next 10 minutes you want to purchase an expensive suit that just went on sale, but your bank account was just frozen due to a red flag that’s a false positive.

Last, but certainly not least, credit card holders find that their accounts are sometimes frozen when they make purchases overseas or when travelling. For instance, if you decide to move out, for a limited period of time, your billing address will be outdated. If you shop during this time, an intelligent software might think that you’re purchasing a TV 200 miles from your current location or in another state altogether. It might then interpret this as someone trying to commit credit card fraud.

The same holds true when you travel long distances from your home. If you purchase a sandwich near the airport in your home city, in Boston Massachusetts, for example, and then rent a car 8 hours later in Prague, the capital of the Czech Republic, there’s a high chance that your credit card will be flagged with suspicious activity. Sometimes, even online purchases to merchants in different parts of the world can be signalled in the same manner.

Despite all of these mishaps, it is always better to be safe than sorry, especially when it comes to your credit card. Therefore, it is advisable that you use a VPN service when you handle financial transactions. The added layer of security and encryption is all the more necessary when you travel and cannot vouchsafe for the trustworthiness of the gateway to the Internet you use at one time or another. The same security firewalls that have triggered frozen bank accounts over trivial purchases have now evolved to be more intelligent and less faulty.

Still, in order to prevent the unfortunate situation of not being able to use a card while visiting another country, let your credit card company or your bank know that you’ll be travelling far away for the next few days. Try to have more than one payment method or card with you at all times, especially when you’re going to a new or foreign place, and exercise more care with your PIN and personal information. If it’s not mandatory, don’t give away either.